Do you also want to pay for your competitor's recruitment advertising?

When you and a competing company in the same sector are recruiting at the same time, you have a problem – especially if the opposing company is large and has a higher brand value. A well-known employer will naturally seem a familiar and safe option to the jobseeker. This becomes a problem especially in job boards, where smaller companies are already disadvantaged by default compared to well-known employers. Fortunately, the internet now offers other possibilities.

For traditional media houses, job sites are just another advertising product, which just happens to take the form of a job. The challenge is that the media houses direct the trafficker to their own job site, which is full of advertisements from competing companies. However, people are curious and will look at other similar advertisements, leaving you behind if you do not have a strong employer image.

A marketing director in any industry would certainly have to look for a new job, if she used her company's money to advertise on a site where it was also possible to buy products from a competitor.

However, the recruiter is allowed to pay, out of her own company's limited recruitment budget, to advertise on a site where a competitor's job vacancy is recommended alongside his own advertisement. Crazy, isn't it?

This phenomenon is due to the fact that recruitment marketing is a very new industry compared to marketing. The passivity of candidates on job sites has been as big a blow to recruitment sites as it has been to recruitment companies. However, social media has provided a cost-effective solution.

Understanding of the sector has grown enormously in the last couple of years. Increasingly, more and more companies are directing targeted social media advertising to their own careers site or to a landing page that solely promotes jobs for that company.

This approach gives exclusive attention to their own company and the job opportunities it offers, rather than also paying for a competitor's recruitment advertising.

On the sales side, content marketing has been used for a long time, but in the HR world it is a relatively recent phenomenon. However, the way it works is no different for any but the target audience. Whereas sales is traditionally supported by customer references, recruitment can use the same technique. The most credible way of highlighting a company's strengths as an employer is to share employees' first-hand experiences as part of an inspiring careers page. According to a Glassdoor study, a prospective colleague's story is three times more credible than a message from a CEO or HR manager.

However, many companies manage to reach their target audience and guide them to interesting content, but still fail to recruit potential candidates.

Indeed, application processes are one of the biggest bottlenecks in modern recruitment.

Back to the listing

Join over 170,000 users and hire successfully with Jobilla

Get Started
Book a demo 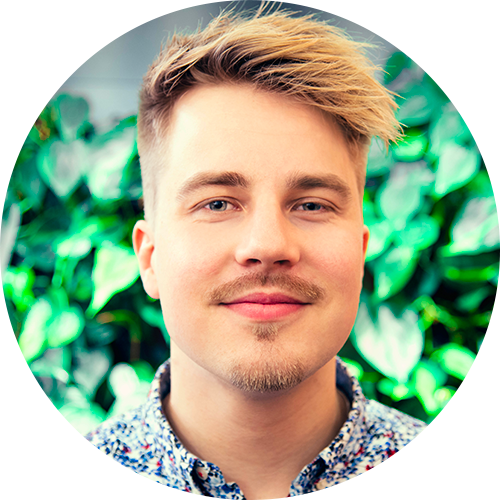 Tommy Aittola is Jobilla's CMO. He has years of experience in recruitment and recruitment marketing.

Recruiting Concepts Is Modernizing the Canadian Recruitment Market
Jobilla Opens Offices in Spain, Belgium and France
A New Partnership Brought a New Reliable Way in High Performance Recruiting
Businesses are facing a growing shortage of workers - why and what can be done about it?

How to recruit digitally and succeed in 2022?

Sign up for free and start recruiting with us!

The latest blog posts, articles, and resources
sent to your inbox weekly.